The Twelve Days Of Christmas - What Are Those?

During Christmas, "The Twelve Days of Christmas" is heard everywhere. You can hear about Two Turtle Doves, Seven Swans-a-Swimming and Eleven Pipers Piping. But what does any of this mean? What does a song about doves, hens and geese have to do with Christmas? Vietnam Travel Group brings you some interesting facts about this famous song via the finding of SAM ABRAMSON.

Before we go-on with the findings, Vietnam Travel Group would like to take you back in time. The carol has its roots in 18th-century England, as a memory-and-forfeit game sung by British children. In the game, players had to remember all of the previous verses and add a new verse at the end. Those unable to remember a verse paid a forfeit, in the form of a kiss or a piece of candy to the others.

One theory, however, connects the carol to the era when Catholicism was outlawed in England, from 1558 and 1829. The carol, it is said, was a catechism song for Catholics to learn "the tenets of their faith," as they could not openly practice in Anglican society [source: Snopes.com]. While many still hold the idea of a coded hymn to be true, there's no substantive evidence that this was the case, nor is there any evidence that the verses contain anything uniquely Catholic. Here are the verses of the song, along with their supposed symbolism [source: BBC.com]: 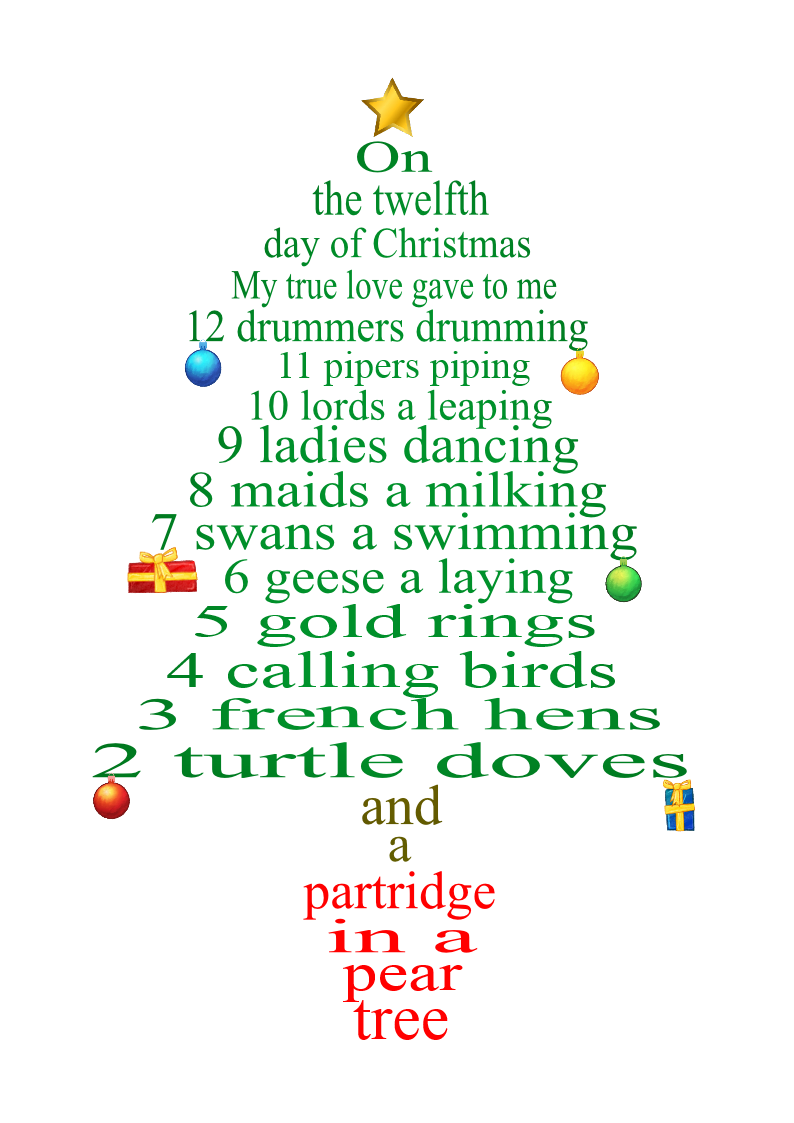 While these verses are what most of us associate with the "Twelve Days of Christmas," the phrase refers to an actual 12-day period. The 12 days of Christmas, in fa­ct, are the days from Dec. 25, celebrated as the birth of Jesus Christ.

The Twelfth Night, often celebrated on the night of Jan. 5, is considered the end of the Christmas season, before the Epiphany the following day. ­The Twelfth Night was a time for feasting in England (partly inspired by Shakespeare's play of the same name) in centuries past. Some cultures, like the French and Spanish, celebrate the Feast of the Epiphany with a king's cake, a coffee cake with purple, green and yellow icing to commemorate the visit by the magi to the Christ child. In western cultures, the King's Cake is associated with Mardi Gras, and the season of Carnival [source: Burnett]. Churches also vary in their celebration of the Epiphany; some Protestant churches celebrate it for an entire season, lasting until the season of Lent, while many Catholics celebrate it as a single day.

During this festive holiday, Vietnam can be perfect destination for all your holiday's needs: beautiful beaches (Vung Tau, Nha Trang, Da Nang, Hoi An), peaceful waterways of Mekong Delta, historical landmarks (Cu Chi, Long Tan...) and wonderful cuisine and much more... Contact Vietnam Travel Group and lets us help you to plan your travel.